Remove the predators, and the whole ecosystem begins to crash like a house of cards.

Malware suppliers, agents, and customers play important roles in the cybercrime economy. Malware suppliers include technically skilled individuals who produce and distribute malicious code; agents who act on behalf of malware suppliers or directly interact with customers; and customers who purchase goods and services to gain unauthorized access to compromised computers’ data and resources, steal e-currency, exfiltrate victims' personal information, and so on (Kamluk, 2009).

The modes that malware suppliers use to provide goods and services to customers increase illicit monetization opportunities and enable many of the recent security breaches that have targeted some of the largest financial, government, military, and retail institutions in the world (Ablon et al., 2014; Armin, 2013; Gu, 2013; Samani, 2013). However, it is difficult to understand what these modes have in common, what makes them different, and what their potential combinations may be.

These examples illustrate that the lack of a theoretically-grounded framework to examine the nuances of the modes in which malware suppliers function hinders understanding of how the cybercrime economy works and weakens mitigation strategies.

The choice a firm makes about the mode it uses to deliver goods and services to customers is relevant in many product markets because of the increase in the number and size of online marketplaces that have emerged recently (Edelman, 2015; Hagiu, 2007; Hagiu & Wright, 2013, 2015b). Moreover, the choice of mode a malware supplier uses to deliver goods and services is prominent in a market where advances in obfuscation and detection-avoidance techniques, software reuse, machine learning, and Internet and mobile technologies have made it possible to use various approaches that offer an increasing variety of malware goods and services to customers.

In the remainder of this article, we summarize the general model developed by Hagiu and Wright (2015c) to examine the choice a firm with a single agent makes among alternate modes to deliver goods and services and then apply the general model to examine five approaches that we believe malware suppliers use to provide products and services to their customers. We then discuss the contribution of this research and provide conclusions.

General Model with One Firm and One Agent

Examining Modes Used by a Malware Supplier with One Agent 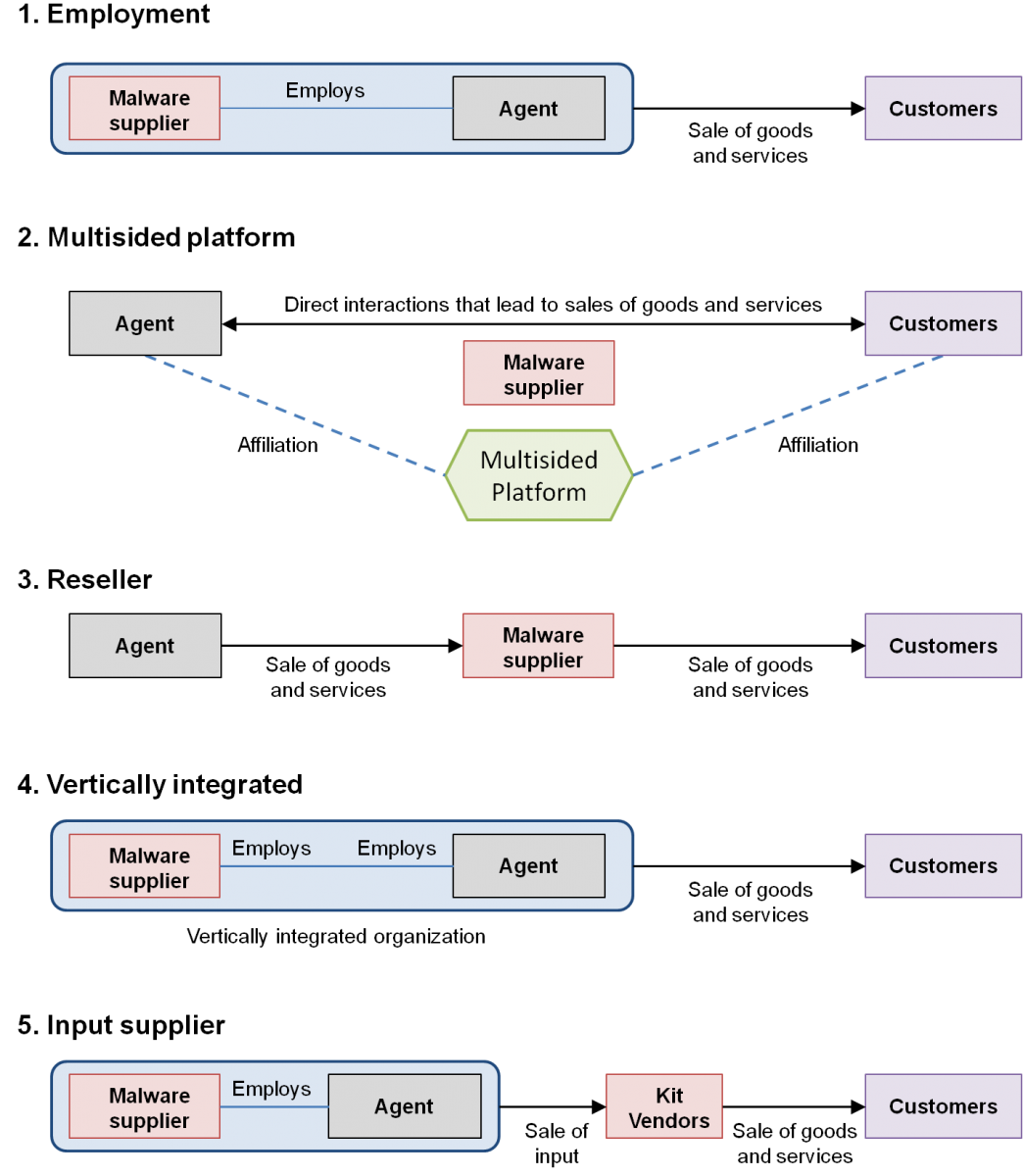 Figure 1. Modes to supply malware goods and services to customers

Table 1 provides an example of non-contractible actions organized into the three action types identified in the previous section. Note that the information on Table 1 depends on the role of the agent. Recall that, in our example, the agent’s role is to help monetize the outputs of the malware supplier. If the role of the agent was a technical one, the information in rows denoted 2 and 3 in Table 1 would be different.

What is less clear is how to best apply the general model with one agent developed by Hagiu and Wright (2015c) to the “reseller” and “input supplier” modes. Hagiu (2007) formally compared the “reseller” and “two-sided platform” modes using four fundamental economic factors: indirect network effects between buyers and sellers; asymmetric information between sellers and the intermediary; investment incentives; and product complementarities/substitutability. Hagiu concluded that the “reseller” mode is more profitable when the degree of complementarity among sellers’ products is higher and it is very difficult to bring the two-sides to the platform together and spark interactions. The “two-sided platform” mode is preferred when seller investment incentives are important or when there is asymmetric information regarding seller product quality (Hagiu, 2007). This type of guideline focuses on constructs that are difficult to observe and would be difficult to apply in practice, particularly when studying the malware market.

Hagiu and Wright (2015a) compared the “multisided platform” mode with the “reseller” mode and concluded that the decision of which mode to select depends on whether suppliers affiliated to the platform or the reseller have more important information relevant to the optimal tailoring of marketing activities for each specific product. When applied to our example, we interpret the conclusion in Hagiu and Wright (2015a) to mean that the “reseller” mode requires the malware supplier to have control rights over important information that is relevant to assemble and update the product–market fit of the goods and services provided to customers.

For the purpose of our example, we interpret the observations by Hagiu and Wright (2015b) to mean that, when operating in the “input supplier” mode, the malware supplier derives benefits from bringing on board kit vendors as customers, but does not find significant benefits by bringing onboard the kit vendors’ customers. We conclude that the malware supplier and the agent will invest in non-contractible actions related to supporting kit vendors but not downstream customers.

The ability to anticipate the modes in which malware suppliers will function improves the classification of malware suppliers, agents, and customers; it enables defences to be tailored to address attacks of a particular type; it increases the number and quality of operational insights; it enables targeted operations; and it increases the productivity of experimenting with new ways of protecting organizations and individuals against cyberattacks.

The proposed framework can also be used to study which types of malware suppliers, agents, and customers are attracted to each mode, discover new modes, and specify the threat space a malware supplier poses. A better understanding of the actors that each mode attracts, an improved ability to discover new modes, and an improved specification of the threat space offers to lower the impact of improbable events such as those referred to as “black swan” events (Taleb, 2007).

We build on recent advances in the theory of multisided platforms to develop a framework that can be used to examine the various approaches that malware suppliers can take to deliver goods and services to customers. We provide an elemental model distilled from the general model with one agent developed by Hagiu and Wright (2015c). By elemental model, we mean that the model has been reduced to stark simplicity for the purpose of increasing its adoption as an integrative framework to formally examine the modes in which malware suppliers operate. This approach involves judgement, and it is consistent with research that attempts to formalize different theories (Gibbons, 2005). This elemental model is then used to identify five modes we believe that malware suppliers use to provide goods and services to their customers.

This study discusses the application of a theoretical model, essentially ignoring empirical testing and the formal mathematical proofs provided by the researchers to specify the various models. The next steps for this work are: i) to examine existing known marketplaces for the purpose of detailing the framework described in this article and ii) to develop a model with multiple agents and spillovers that is specific to the modes used by malware suppliers.

This article is the first step to develop a theoretically sound framework that can be used to examine the various modes that malware suppliers use to produce and sell malware.

We expect a more formal approach to characterizing the modes in which malware suppliers function will decrease the number and impact of cyberattacks.


Rate This Content:
3 votes have been cast, with an average score of 5 stars

Tony Bailetti is an Associate Professor in the Sprott School of Business and the Department of Systems and Computer Engineering at Carleton University, Ottawa, Canada. Professor Bailetti is the Director of Carleton University's Technology Innovation Management (TIM) program. His research, teaching, and community contributions support technology entrepreneurship, regional economic development, and international co-innovation.

Assessing the Intentions and Timing of Malware

Malware has become a significant, complex, and widespread problem within the computer industry. It represents one of the most prevalent threats to cybersecurity and is increasingly able to circumvent current detection and mitigation techniques. To help better understand when a malware attack might happen, this article proposes an intention-based classification of malware and merges it with an...

Today's vehicles depend on numerous complex software systems, some of which have been developed by suppliers and must be integrated using "glue code" so that they may function together. However, this method of integration often introduces cybersecurity vulnerabilities at the interfaces between electronic systems. In this article we address the “glue code problem” by drawing...

The Role of Academics, Users, and Customers in Industrial Product Development

Industrial research and development (R&D) is often adopted as a leading strategy for innovation in high-technology firms. It has been recognized that collaboration with external actors has become increasingly crucial for R&D practices in a world where product and service innovation are increasingly challenging for companies involved in knowledge-intensive technology areas. Thus, high-...

What Do Business Customers Value? An Empirical Study of Value Propositions in a Servitization Context

This study was conducted in response to calls from the research community and industry for a greater empirical exploration of value propositions. It uses customer value-in-use as a starting point and employs empirical data on value propositions in a servitization context. The findings demonstrate how customers articulate the value-in-use, or benefits, of a selected offering. These results are...